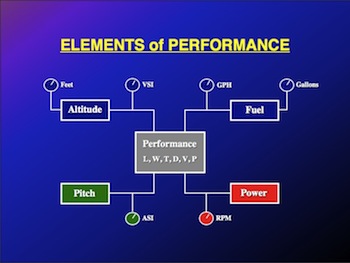 Rich has given more than 300 safety seminars/talks to pilots across the U.S. He served as a panelist during the first-ever General Aviation Accident Prevention Symposium (GAAPS) sponsored by NTSB in Washington, DC, has spoken at all of the major aviation events over the years and has lectured pilots in Canada, Japan, Indonesia, and New Zealand. In 2013, Rich presented the FAA’s first safety webinar for pilots to more than 2,500 participants.

Although Rich can customize his talks to suit specific audiences, he has been providing the following stock topics for many years. See the Webinars/Podcasts page for some topics that have been presented as webinars.

General/Safety Topics — 45 to 60 Minutes in Duration

Looking to put on a longer presentation? Pair any two of the following topics together to expand the time (e.g., Stall/Spin Awareness plus The PARE Procedure). Have a look at the 1-1/2 to 2 hour topics listed farther down this page as well.

STALL/SPIN AWARENESS — What You Don’t Know Can Hurt You
Stall/spins account for 12% of general aviation accidents, but upwards of 20-25% of fatal accidents. And upwards of 20% of the fatal stall/spins occur with CFI’s on board! Find out what you need to know to avoid stall/spin accident scenarios. Rich Stowell has performed more than 31,600 spins—1,500 vertical miles traveled while spinning—with students from around the world. Interact with Rich as he touches on insightful spin studies.

12 MYTHS ABOUT STALLS & SPINS — Letting the Facts Fly
It has been more than a century since the Wright Brothers gave us the miracle of powered flight, yet myth and misunderstanding still abound regarding stalls and spins. Rich dispels a “dirty dozen” common myths that unfortunately continue to be perpetuated during flight training. Do slow speeds really lead to stalling? Are slips really as dangerous as skids? Get the facts on these and more! 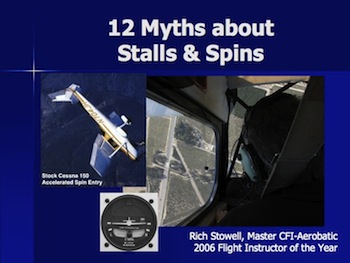 MAINTAINING AIRCRAFT CONTROL — and How to Avoid Loss of Control
Loss of control (LOC) is by far the top occurrence category of fatal accidents in general aviation, with the greatest number of those accidents triggered during the maneuvering phase. As a result, LOC is a special emphasis area for the FAA. Rich discusses where and when LOC is most likely to occur, the typical chain of events that lead to accidents, and the critical importance of angle of attack awareness in preventing LOC. Rich also propels learning to the correlation level by delving more deeply into the dynamics of maneuvering flight. 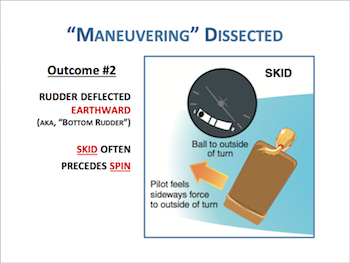 EMERGENCY MANEUVER TRAINING — Controlling Your Airplane During a Crisis
Review the differences between spirals, stalls, and spins, as well as how to avoid wake turbulence. Learn the keys to maximizing the probability of surviving a forced landing and coping with control failures, as well as the critical sequence of events needed to recover from various unusual attitudes. Rich also introduces his trademark emergency procedures—a fast paced seminar!

ENGINE FAILURE — Maximizing Glide Performance
Your engine just quit! Now what? Review critical thought processes and actions designed to give you as much control over your situation as possible. Discuss the effects of wind and maneuvering on glide performance, as well as defensive flying strategies you can adopt in the traffic pattern. Learn about the crashworthiness designed into your airplane and the relationship between impact speed and angle. 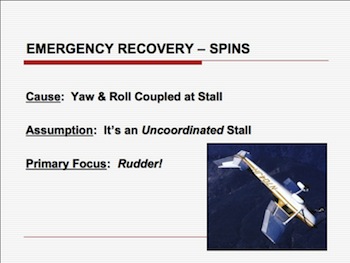 BASIC AEROBATICS — Fun … with a Purpose
Think aerobatic pilots know a lot? Think you can’t possibly know what they know? Think again! Rich’s descriptions of basic aerobatic maneuvers will not only enlighten you, but it will also expand your understanding of the whole flight environment. Discover the building block maneuvers, how compound maneuvers are constructed, and the aerodynamics of aerobatic flight. You’ll never watch another airshow the same way again!

LANDINGS — The Good, the Bad, and the Ugly
How come everyone sees it when you make a bad landing, but no one is around to see the good ones? Discuss this paradox as well as elements and techniques you can use to make better landings. Review procedures designed to tighten up the traffic pattern as well. Rich will describe some of the most memorable of his 22,600+ logged landings.

FLIGHT MANEUVERS DEMYSTIFIED
S-turns, Rectangular patterns, Chandelles, Lazy Eights, Forward and Side Slips, Hammerheads, Snap Rolls, Whip Stalls, Spirals: What do they all mean? How are they performed? Master Flight Instructor Rich reveals the secrets behind these and other maneuvers, starting with a review of the fundamentals of flight. Never again be fooled by the often-colorful names given to various maneuvers—you’ll know the code after this seminar!

PRACTICAL AERODYNAMICS
Review the fundamentals of flight by addressing the four main things an airplane does: Why does it fly? Why does it climb? Why does it turn? Why does it stall? The answers provide important insight into airplane performance as well as revealing key operating limitations. A fun seminar that doesn’t rely on legions of complicated equations!

HUMAN FACTORS in LOSS OF CONTROL
The FAA has identified Loss of Control In-flight (LOC-I) as the dominant accident category over the last decade. The phases of flight where LOC-I occurred most frequently included Maneuvering, Approach, En Route, and Initial Climb. Rich uses four representative accidents to discuss common human factors associated with LOC-I, including risk management, decision making, situational awareness, and stick and rudder skills. Human factors are divided into Tactical Errors—those directly attributable to a pilot’s own behavior—and Operational Errors—those traced back to instructional errors or omissions committed during flight training. 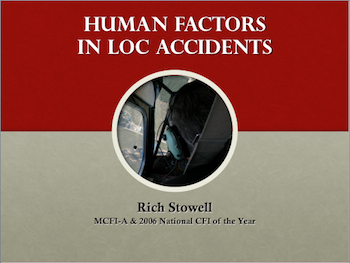 STALL/SPIN AWARENESS & EMERGENCY MANEUVER TRAINING
Whereas Rich’s other Stall/Spin topic focuses more on the pilot side of the equation, this topic delves into the airplane design and certification side. Discover a few of the tipping points that can lead to unrecoverable spins, the effects mods can have on stalls/spins, and what aerodynamic tricks are often employed to tame stall/spin behavior. Follow this with the Emergency Maneuver Training topic.

STICK & RUDDER FLYING  — An Interactive Round Table Discussion
What does “stick & rudder flying” mean? What are the top five mistakes pilot make? How many uniquely different flight maneuvers are there? Why do airplanes have airspeed indicators? What is the most important instrument available to the pilot? Participate with Rich as you explore the answers to these and a host of other interesting questions about the art of flying an airplane. 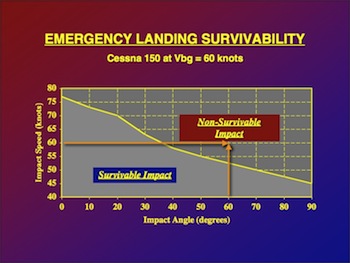 VIEW FROM THE COCKPIT — A Flight Instructor’s Perspective
The saying goes, “An instructor’s knowledge is proportional to the mistakes he’s made.” If that’s the case, then Rich Stowell is a highly knowledgeable instructor indeed! Come listen as Rich recounts some of the lessons he’s learned as a full time flight instructor specializing in spin, emergency maneuver, and aerobatic training. Rich’s scorecard includes over 24,000 landings and 33,000 spins with pilots from all over the world.

I, PILOT — My Branch on Aviation’s Family Tree
Every pilot has a story. In Rich’s case, aviation is both his vocation and his avocation; it’s all he does! Listen as Rich describes his unorthodox journey as a pilot and flight instructor—the airplanes he’s flown, the places he’s been, those who have inspired and influenced him. Rich also passes along pearls of wisdom gathered over 9,500 hours of flight time, most of which has been spent in an unusual attitude!