A dozen female faculty members from Rutgers University recently completed a two-day aviation workshop funded by the Rutgers Office for the Promotion of Women in Science, Engineering, and Mathematics (SciWomen) and a National Science Foundation ADVANCE grant (award HRD-0810978) designed to increase the participation and advancement of women in academic sciences.

Spearheaded by Joan W. Bennett, Associate VP of the SciWomen Office, a mixed methods study designed by Dr. Elena Polush of Ball State University is testing a theory developed by Take Flight Workshop (TFW) facilitators called The Flying Effect™. Along with facilitated sessions on the ground, the workshop placed participants in the cockpit of an airplane to complete a series of in-flight tasks. The goal was to jumpstart a continuous process that allows participants to achieve peak performance not only in the short term (i.e., successfully piloting the airplane now), but also over the long term by applying gained knowledge and experience to their professional and personal lives. Preliminary results are expected by the end of June, with follow-up research activities scheduled through May 2014.

The TFW facilitation team includes Linda Castner from Pittstown, NJ, Sue Stafford from Cambridge, MA, and Rich Stowell from McCall, ID. Castner holds an M.S. in Physical Education, is a private pilot and Advanced Ground Instructor, and co-owner of Alexandria Field (N85). Stafford holds a Ph.D. in Philosophy, is a Professor of Philosophy, Emeritus, at Simmons College in Boston and an instrument-rated private pilot. Stowell holds a B.S. in Mechanical Engineering from Rensselaer Polytechnic Institute, is an eight-time Master Instructor and the 2006 National CFI of the Year. All three are members of the Society of Aviation and Flight Educators (SAFE).

“We hope the final evaluation report on the Take Flight at Rutgers workshop will drive funding for long-term research into The Flying Effect and how it can assist people—especially women and minorities—to achieve peak performance in the workplace,” Castner said, noting that the ancillary benefit of the findings to general aviation could be significant as well. Bennett added, “Pilots must take charge and operate their planes with confidence. What better way to foster women’s self reliance than to teach ourselves to fly?”

Take Flight Workshops have undergone fifteen years of development and testing. Based on the scientific literature, the curriculum also draws heavily on the sports psychology behind peak performance. Rutgers TV Network has posted a 2-1/2 minute video about the recent workshop at http://www.youtube.com/watch?v=UC72I0wlIls. 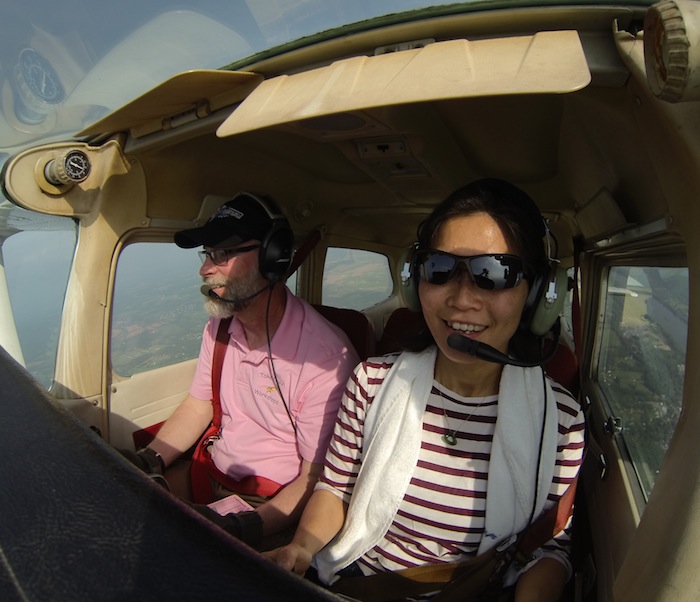 “Workshop One” in the Air!